This is the projected calendar for the Colorado delegate selection process and the primary:

To become the Republican Party nominee, the candidate must win a simple majority of 1,191 of the 2,380* total delegates at the Republican National Convention.

The process by which delegates are awarded to a candidate will vary from state to state. Many states use a winner-take-all system, where popular vote determines the winning candidate for that state, while a few others use a proportional representation. While the Republican National Committee does not require a minimum threshold, under which a candidate receives no delegates, individual state parties may impart such a threshold. 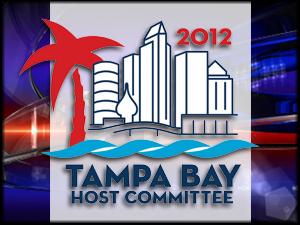 The size of delegations to the Republican National Convention are determined by Rule 13 of the party’s national rules, which in the 2008 cycle indicated the following:

One alternate delegate is also awarded for each regular delegate except for members of the Republican National Committee.

The composition of the individual state and territory delegations is determined by the bylaws of their respective state and territory parties. Since 1972, almost all have appointed delegates by primary election results, although some, notably Iowa, use caucuses, and others combine the primary with caucuses or with delegates elected at a state convention.

In the past, competing factions of a state party sometimes drew up separate lists of delegates, each claiming to be the official one. One of the first agenda items at a convention is therefore credentialing, whereby the Credentials Committee determines which group is recognized as the official delegation.

Originally Texas Governor Rick Perry was also slated to attend, however, he was forced to cut his campaigning short and return to his state to manage the worsening wildfire situation.